A lot of things went into Anduro’s ability to be there for our customers throughout 2021. Despite a worldwide supply chain crisis, driven by the Covid Pandemic, we were able to get bags to our customers with a whopping 99% on-time percentage.

One of the biggest tools in our toolbox was the southern United States deep-water port of Gulfport, Mississippi. Unlike west coast ports that were clogged for much of 2021, Gulfport never really slowed down. 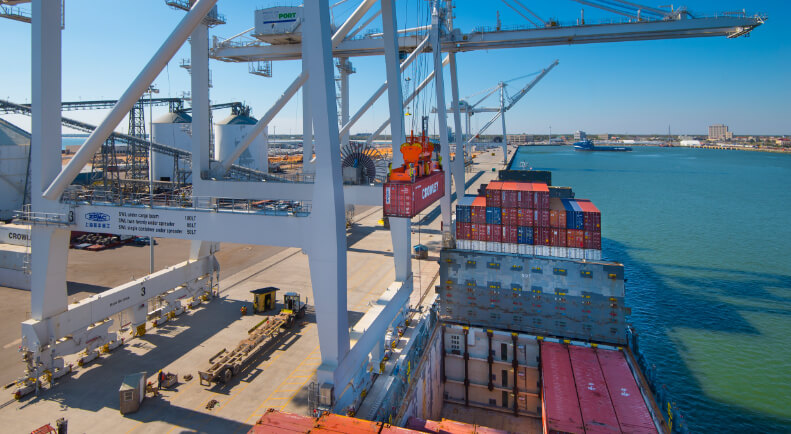 Benefits of The Port of Gulfport

We’ve talked before about how Gulfport is Anduro’s inbound U.S. port of choice due to its many benefits:

A new highway will make Gulfport an even better port

Add to that list massive upgrades to the highway system serving Gulfport that was approved in the recent infrastructure legislation signed in Washington. These upgrades will make it even easier for Anduro bags to get to their destinations stateside once they’re process at Gulfport. Money for the project was appropriated in November, 2021. A proposed timeline for the many highway improvements is under development at this writing.

“We understand that building I-14 will require billions of dollars and many years to complete but we are on our way,” said John Thompson, chairman of the I-14 Gulf Coast Strategic Highway Coalition which has been building grassroots support for I-14 over the past decade.

“The I-14 system will improve connectivity between regions, provide freight movement efficiency, link important military facilities and strategic seaports, create a high elevation alternative for coastal sections of I-10 that are prone to flooding, and spur economic development opportunities along the 1,300 mile path,” he said.

Woven polypropylene is booming at Anduro and around the packaging industry